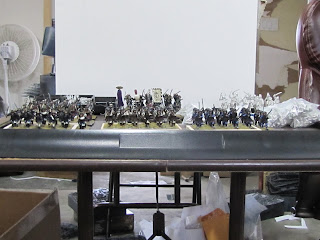 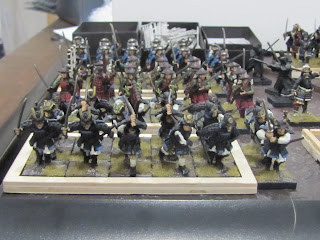 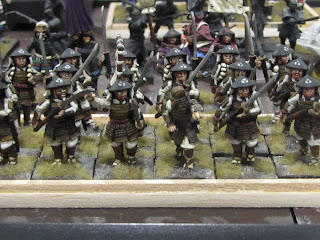 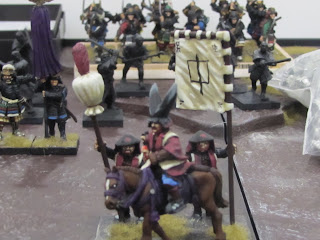 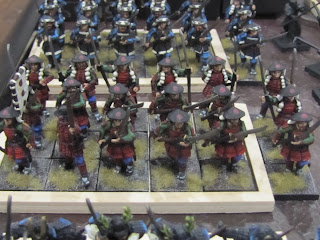 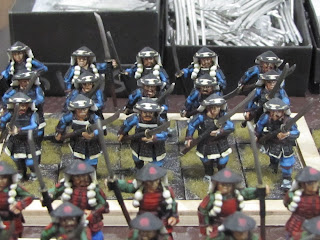 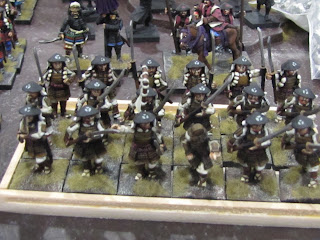 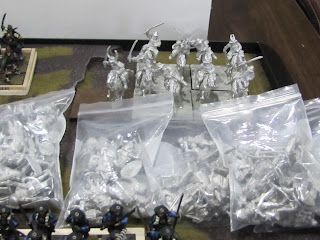 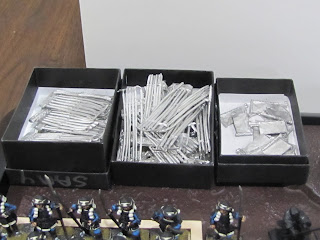 Alrighty people if your interested email me at alexanderakers (at) yahoo (dot) com. Their is minor wear but all in all this army is in amazing condition and won me the overall in the doubles at adepticon this year.
-Alex
Posted by AkersMinis at 3:39 PM No comments:

Ok if you were a pro-wrestling fan back in the day you would get that, but onto the meaning of the post.  I know I have been awful lately about posting and I truely am sorry. The best part about owning your own business is well your the boss. The worst part about owning your own business is.... yep you guessed it, your the boss!!! Saddly when sales fall behind, or shipping does that means I get longer hours with no extra pay :(. Anyways to throw in some fun news my 90minute entry won me a crystal brush at adepticon, and I also walked away with the Warhammer Ancients doubles overall champion with my impromtu teamate Pat L. We got paired up several weeks prior to adepticon as we were both going to make our wives come and throw dice... neither wife to say the least was interested in this. 7 1/2 hours later, and three great games (the last one on nerves) we walked out with the amazing plaques, and some odd looks. No one thought that Samurai and Macidonians would work... including us but with some lucky dice rolls and great tactics we did it. The best part was that was my first weekend playing with the WAB 2.0 rules so any wins were even better for me. BTW you will not see the model I won with unless you look it up in the crystal brush itself because while walking out I saw an old GW coworker of mine and said "Merry Xmas Jordan". 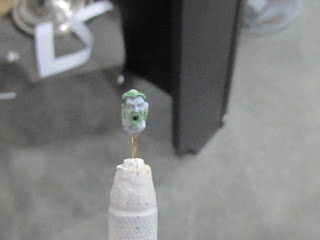 Well onto the meaning of the title me thinks. I was approached with a request for a commission recently and always happy to make a honest buck said sure. The over all time frame to do the progect wouldn't take long and I love anything that allows me to work on my sculpting skills. The buyer wanted a GW Space Marine head that had to be screaming, since it was for a conversion of his. Normally I take a open faced SM and then remove all details and work up from there, as it is a great dollie, but in this case I had on had a forge world korvadye head that I had bought off ebay for a demon progect, and this was the extra (yes there are FW bits sellers on ebay too people, great way to save some doe so check them out).
I started by first insuring I had a new blade in so it would be extra sharp and made two incisions on his cheeks and one under the jaw (woot doctor shows). After removing that I cleaned the area then had a blast trying to get the jaw to actually stay where I wanted it too. To say the least super glue can really suck for small progects like this. 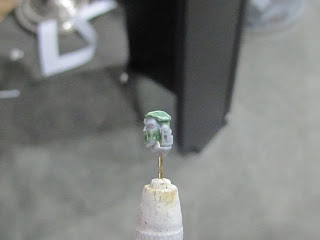 I then stuck putty in his mouth and began working it around to reform the face, and the mouth. Once that was complete a little shave lined the whole thing up, and I then applied the white putty to smooth it all out. 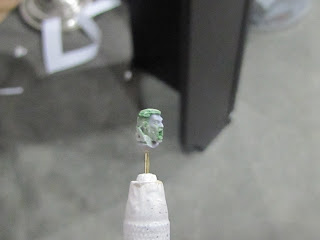 After the putty a little sanding work and the jaw line was in service. Not the buyer wanted a flat top buzz but saddly that wasn't working out so well so instead I went more with a german military cut from WW2 which I think works much better but in the end it's the clients call so hopefully he likes it. 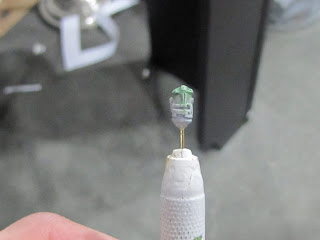 The hair was easy as I took a lesson from Joe Orteza and made several lines from the top then just started scratching at it. After giving him a little trim and some sanding to clean it all up Whoola!!! We've got head. All told on and off two -three hours namely because of waiting on the putty to dry. Well this fella is up for final approval and if the client likes it then off he goes to his new home. Suprisingly this was a very inexpensive commission so hopefully the word will spread and I will get more. Well as usual "Keep Painting" as I know I will be (Fort Buyaki Inviational just announced). I am going to do my second favorite army of all times..........Grey Knights. After 17 years in this hobby I am finally going to have some real fun planning this army.
-Alex
Posted by AkersMinis at 7:57 AM No comments: