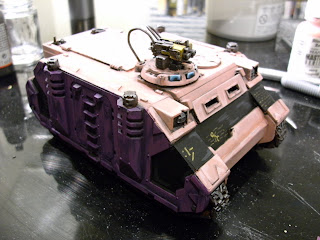 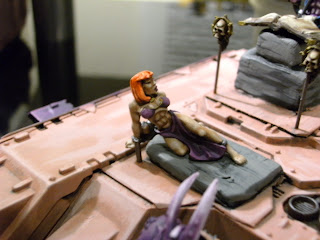 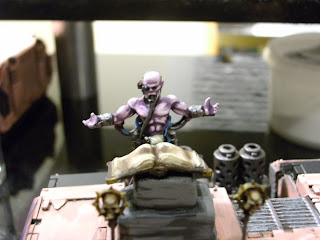 well not much left now with only a week to go and though I know im under the wire I think I will make it:) once this is all over I will take several days off from painting to spend time with the family then get all the commissions done I have on my table:) So keeping this brief heres the landraider. these are just pics form the stuff on top but hey. Also is a pic of the rhino from this week.
Posted by AkersMinis at 9:21 PM 3 comments:

Well later tonight I should be able to get some WIP pics up as I am charging away at painting the army for mechanicon come next weekend. Sadly I have to pretty much get everything done by the end of this weekend as this will leave me enough time to do what little changes I need and to build a movement board. This is all thanks in part to Uncle Sam telling me I have classes next week to attend(some days I hate the army). As part of all of this so far all I have left is to finish my Landraider(90 percent done...for now), 3 rhinos, 9 jump troops, and 5 termies... WAYYYY TO MUCH WORKKKKAHHHHHH. actually its not all that hard but more annoying then anything as I havent gotten much sleep on weekends and what not due to all this prep. Note to self next time dont start an army 4 weeks before a tourney YOU'LL NEVER MAKE IT.
Posted by AkersMinis at 9:54 AM 1 comment:

Well recently I recieved an email from the FTW group which I am so happily appart of asking me to blog about what my favorite must have unit is. This put me into some indepth thought I must profess as I seldom honestly ever thought about it. For many gamers they know that OOO I need 3 landraiders, or I must have some pretorians(I know mispelled) for a roman army. Often those stuff like this I feel is by no means assoc. with having a soft spot in their hearts for the unit as much as it is wanting the strong unit for game play.

I am one of those gamers and yes we are out there that seldom ever cares if I win. I have and I will admit in almost 90 games of warhammer fantasy never one a single one tied 2. Some of these loses I am proud to admit were at grand tournements. I derive my pleasure in painting and sportsmanship. I enjoy more then anything kicking back with my buddies watching a movie and just building or painting some minis. This is to me what hobbies in general are about.

I digressed and for that I apologize honestly I would have to say for my warhammer40k I have to have bikes. Just something about them screams awsomeness. I have always wanted to learn how to ride in real life but sadly dont for a multiple of reasons. I think that bikes also have to do with my time in the active army. I was on a stryker in one of the original brigades they created and took the thrill of riding into battle(which I actually am proud to say I have done). The speed at which bikes can move and just the sheer joy of getting some dice rolling early in the game makes me happy. So to all you fellow gamers out there I want to hear from you on what your favorite unit is, and also spread the word about this blog as I would love to extend this community even further as it gets some great modeling ideas involved. As always I am accepting commission and if you want to drop me a line feel free. Even if you have a question on anything I am doing I am more then happy to share. On that note fellow bloggers I bid you a good afternoon.
Posted by AkersMinis at 11:51 AM 3 comments: 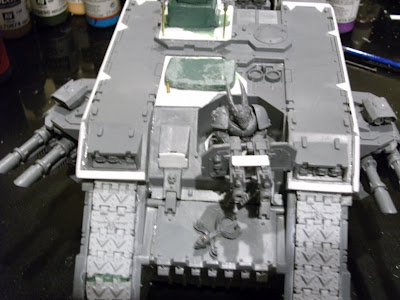 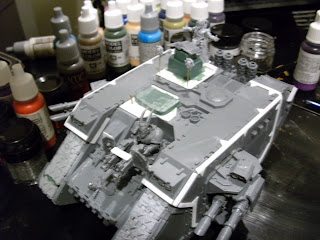 Ok so sadly all I have had time to do commission wise this week was get all of the FOW commission built and ready for the airbrush. I cut away all of the barrels on the tanks and replaced them with thick sturdy brass rod so this will help the client in the long run since I can garuntee baring some serious abuse those wont break. Next I have been cracking like crazy to get more of my mechanicon army ready considering the event is in 3 weeks. It will come down to the wire but I know for fact that I will be able to pull it off. That said here are some of the WIP pics currently going on with the continuation of the army. Hopefully you will all enjoy them. And for those of you who want more images of the Boxer rebellion models from the other week I will have those up tomorrow evening so keep an eye out:)
Posted by AkersMinis at 5:30 PM No comments: 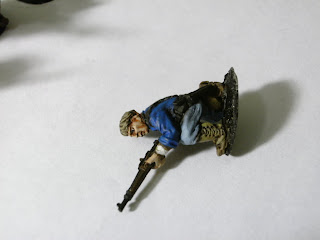 I have recently been working on a fun commission that involves me doing some Boxer Rebellion marines. Though on a personal side I feel wrong painting marines being army I wont hold it against the buyer as my tongue and check style has made it all rather enjoyable. I wasnt sure at first how the models would come out but I have to say the end result made me quite pleased.
Posted by AkersMinis at 12:20 PM 2 comments:

First of my short stories. Please tell me what you think and what you want to see.

More to come in future blogs.
Posted by AkersMinis at 6:16 AM No comments:

Soon to be posted will be some pictures of a boxer rebellion commission I have been tasked with. This is a first for me as I can say I have never painted from that time period what so ever but I do look forward to the new challenge of it. After the BOxer's models I get to delve back into a FOW commission for some excellent Afrika Korpse models. I do confess that I particularly like these models, and always do look forward to getting commissions for them.
With all that going on in life I am still continueing to plan out my soon to be wedding in March of 2010, and trying to find a more perminate position that pays higher in my job. Working for the Gov't has its benefits I will profess. Anyways hopefully my followers will start to grow for this blog, and until they do I will continue to post upon models upcomming and such. I plan on purchasing professtional camera equipment so as to better upload the quality of models painted(plus I love photography as a hobby). Once I get a better camera I will start posting pics to this blog. If anyone has a desire for a painting commission I have great affordable rates and I garuntee top painting scores in any tourney you compete in. Please feel free to contact me at alexanderakers@yahoo.com .Talk to you soon and be sure to look for me on ebay as Roguevalleyminis .
Posted by AkersMinis at 6:41 PM No comments: