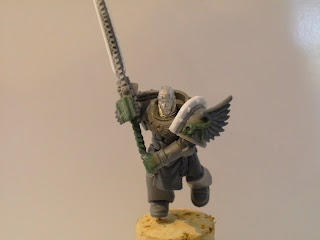 So a little work here and there and Demeter is pretty much complete in being built. I plan on using the Spacemarine commanders breather backonce it arrives in the mail, and will create a banner for it. Base wise I am not fully sure atm what I will do but most likely something with the Laer in Mind. 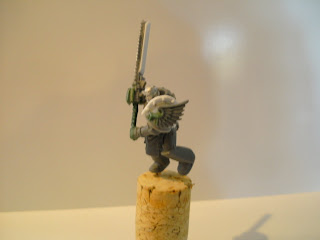 After speaking with multi-demon winner Mathieu Fontaine I drew upon his criticism about the hands, the rivets, and the sword. I created a semi gaurd around the upper hand since this is supposed to be a finely crafted weapon, and fixed the rivets on the shoulders to much smaller ones.

As for the FW Space marine I have gotten a little work on him but I would say he is barely 10% done. Here are a few pics though to wet the whistle on him. 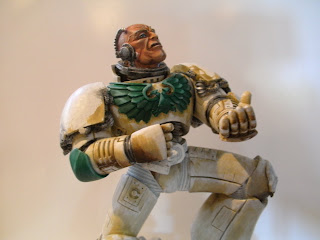 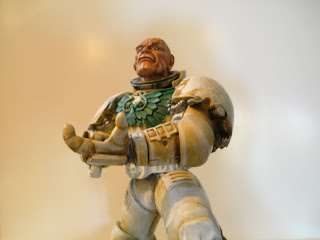 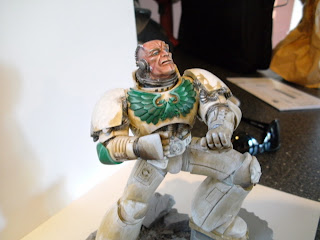 By the time he's complete I believe a safe estime would be between one-two hundred man hours just in painting him alone....You don't want to know how long it took just to clean him trust me he was in baddddddd shape.
Posted by AkersMinis at 3:42 PM